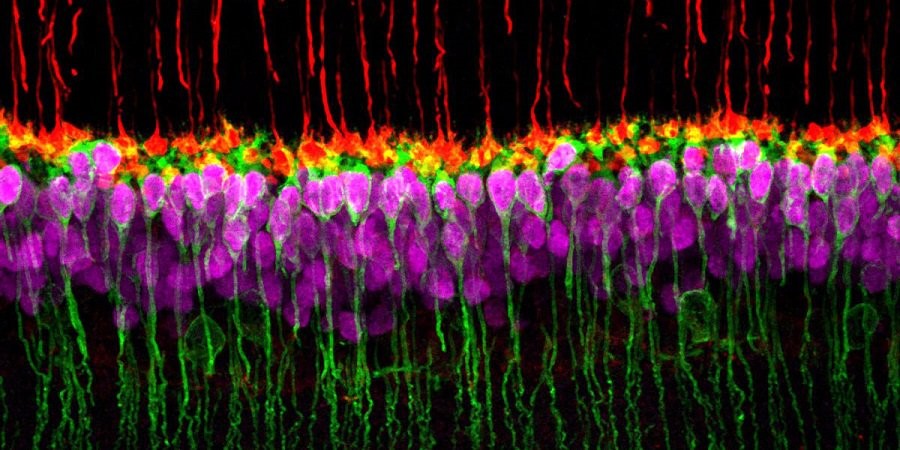 15 novel genes related to retinal function have been found in research published by Dr. Melanie Samuel and colleagues in Cell Reports. The research reveals previously unknown retinal regulators which will help expand our understanding of the genetic landscape that regulates retinal function and uncover how genes are involved in vision loss and disease.

The retina processes visual information from the world around us and relays it to the brain. This sensory circuit is complex but highly ordered. It is comprised of distinct neural layers, and each layer has an array of different neuron types. These neurons are supported by a rich vascular system.

Vision defects globally affect around 253 million people. Such diseases can arise from disruptions to different parts of the visual circuit. For example, vascular changes can be a sign of diabetic neuropathy and defects in light-sensing photoreceptors can lead to retinitis pigmentosa. Yet many of the genes and mechanisms responsible for vision loss remain unknown. 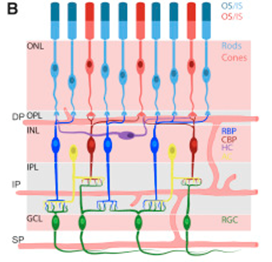 This schematic outlines the complex circuitry in the retina. Each layer contains different neuron types that synapse onto the layer below, from the top layer that detects light to the bottom layer where axons transmit visual information to the brain.

In this research, Dr. Samuel and colleagues selected a sub-set of animal lines from the IMPC in which individual genes had been modified to eliminate their function. They then developed a specialized pipeline of high-throughput retinal screening to examine the role of these genes in more detail. The criteria for selecting candidate genes included those with human orthologues and those with expression in the retina or brain.

The availability of broad based and comprehensive phenotyping data from the IMPC helped researchers focus their search for genes relating to the retina.

Of the 102 mutant lines analysed, 16 genes were identified that regulated retinal function, 15 of these were novel and not previously associated with retina function.

A range of diverse observations were seen. Lines were found with altered vessel density and branching, disrupted synaptic organisation and neuron loss.

Here, analysis of blood vessels in the retina shows abnormalities including decreased vessel number (Rnf10) and tortuosity (Adsl) in comparison to the wild type image on the left hand side.

Here, analysis of blood vessels in the retina shows abnormalities including decreased vessel number (Rnf10) and tortuosity (Adsl) in comparison to the wild type image on the left hand side.

Many of the genes displayed a wide range of cellular functions and may also be important elsewhere in the body. Data available through the IMPC database supported this, as many of the lines had additional phenotypes, including body composition and central nervous system regulation deficits (suggested by altered body composition and open field tests, respectively).

“The results from the study highlight the kind of discoveries that are possible through harnessing the remarkable data and resources available from the IMPC.  With these efforts, we hope to continue to map the compendium of genes that regulate the retina and the brain so that we can make progress in treating human neural diseases,” said corresponding author, Dr. Samuel, assistant professor of neuroscience and the Huffington Center on Aging at Baylor College of Medicine.

Interested in learning more? Dr. Samuel recently told us about her lab’s research in the video ‘What makes us unique? Exploring the role of genetics and neural function’