How Does The IMPC Contribute To Rare Disease Research? 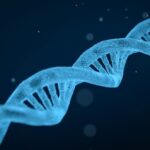 What is Rare Disease?

So, what differentiates a rare disease from a more common disease? Definitions differ slightly depending on the country. A rare condition affects fewer than 200,000 people in the US (approximately 0.06%). In the EU, a rare disease affects 1 in 2,000 (0.05%).

Rare diseases are caused by many things, but the majority are thought to be genetic – caused by changes in our DNA. In humans, DNA exists in every cell as two long chains twisted in a spiral shape called the double helix. The two chains connect like a ladder, with the rungs being pairs of four possible shapes, called nucleotides. Nucleotides include the pairs A and T or G and C. Genes are distinct stretches of the double helix. The nucleotide letters form a code in each gene segment that is used to make proteins.

DNA is actually quite long. In each cell, you have 6 feet of DNA if it were stretched flat out of its helix shape. If you stretched out all of the DNA in a single human, it would be long enough for about 150,000 round trips to the moon.

Even in a single cell, 6 feet of DNA is a lot to contain, so the double helix length is compacted down and scrunched up into tight ‘X’ shapes called chromosomes. We have 23 pairs of chromosomes in each cell or 46 in total.

A genetic disease can happen when genes or chromosomes change. Sometimes genes mutate during the copying process needed for cell division. When this happens randomly in an egg or sperm cell or very early on during embryo development, it’s called a ‘de novo’ mutation. De novo mutations can cause very rare diseases in individuals with no family history of disease. Gene mutations can, however, also be passed down through families, causing inherited disease.

Chromosomal abnormalities can also cause genetic disease. For example, part of a chromosome can be accidentally deleted during cell division or accidentally moved or flipped. A much larger section, such as several genes, could be lost.

Why do gene or chromosome mutations cause genetic disease? If the code in a gene is changed, the protein that the gene codes for may no longer work. Proteins play a vital role in all processes in the human body. They allow cells to talk to each other, oxygen to travel around the body, combat against infectious disease, correct growth, nutrient absorption, thought, movement, and much more.

Why are mice important?

Mice are a vital resource in research. They share about 97% of our genes, have similar cells, organs and systems, are easy to maintain and breed, and are widely accessible for scientists. Research using mice has contributed massively to our understanding of human biology and the development of fundamental medical and scientific methods, tools and treatments.

Researchers tested penicillin in mice with streptococcal infections. The tests proved that penicillin killed bacteria in live organisms and allowed researchers to find safe dose levels for humans, allowing its wide use in the modern-day.

Other historical contributions of mice include the vaccine against Haemophilus influenza (a cause of meningitis), organ transplant research, and early testing of tamoxifen (a breast cancer treatment.) This list is growing larger every year, particularly in the realm of human genetic disease.

Who We Are and What We Do

The International Mouse Phenotyping Consortium, IMPC, comprises 21 of the leading mouse genetics centres worldwide. We produce a type of mutant mouse called knockout (KO) mice, where we ‘turn off’ a single gene so that it no longer works at all. We then ‘phenotype’ the knockout mouse by conducting tests and activities. The data collected is compared to a strong set of data from normal mice to find any differences. If any significant differences are found, we list them in our database as a ‘phenotype’. This process is called ‘phenotyping’. We aim to make a KO mouse for every gene that codes for a protein.

By doing this, we have been making a massive catalogue of what functions a gene might have and how it might cause disease if the gene stops working. This information can be applied to humans. It can help us find new genes that may cause disease and possible gene targets for treatments. Our open-access database is a great resource for scientists that may be interested in researching an unexplored gene. By creating the KO mice and freezing and storing their sperm cells, we’re also reducing the number of mice needed to re-produce a mouse type.

KO mice can either be ‘homozygous’ or ‘heterozygous’. We have two copies of every gene – one from our mother and one from our father. Usually, there are several variants of a gene within a population, each with a slightly different code. Simply, ‘homozygous’ is when you have two copies that are identical and ‘heterozygous’ is when the copies are different. Zygosity and dominance are important in both common and rare diseases, as well as normal biological functions. Dominance involves whether gene variants are dominant or recessive. A dominant variant of a gene can overpower the effect of a recessive variant. Depending on how the two variants interact, the strength of dominance can vary.

In disease, there are some good examples of zygosity and dominance playing a role in inheritance and disease severity. Marfan’s syndrome, for example, only needs one disease variant to cause disease. This means an individual with Marfan’s syndrome is usually “heterozygous dominant” because they have two different copies, one of which is dominant.

We make homozygous mouse models, where we knockout both gene copies, and heterozygous ones, where we knock out only one copy. Many diseases, rare and common, are associated with age so, at the IMPC, we phenotype groups of our mice at different ages. We, therefore, classify phenotypes as ‘embryo’, ‘early’, ‘middle’ or ‘late’ depending on when the phenotyping was conducted.

How Has The IMPC Contributed to Rare Disease Research?

IMPC mice are available for all researchers to use in rare disease studies. Our data is also free to access and use. In celebration of Rare Disease Day 2020, we wrote about recent IMPC studies into new possible genetic causes of disease in several research areas, such as metabolic disease and neurodegenerative disease. We also linked several recent external studies which used IMPC resources for rare disease research, including Bardet-Biedl syndrome, karyomegalic interstitial nephritis and Aicardi-Goutieres syndrome.

Since then, a whole year has passed and new contributions to rare disease research have been made.

The IMPC also helps target genetic variants of unknown significance (VUS) via KOMP2, which is part of the IMPC. KOMP2 produces mouse models used to provide clinically useful data to determine the pathogenicity of VUS, accelerate diagnosis, and inform clinical decision-making and patient care. In 2 years, KOMP2 has generated 20 mouse models for patient-specific genomic variants. Targeted phenotyping allows us to determine the extent to which the genomic variant is likely causative of, rather than merely associated with, the patient’s disease or syndrome.

For example, KOMP2 produced a homozygous KO model of the Tbc11d5 gene. A single case study of a female child with a heterozygous mutation in TBC1D5 showed symptoms of developmental delay, infantile spasms, progressive hearing loss in both ears and increased blood pressure.

Our Mouse Models for Rare Disease

AHC 2 is caused by a heterozygous dominant mutation in the ATP1A3 gene. It’s characterised by a range of nervous system and developmental issues, such as paralysis, developmental delay, abnormal posture and repetitive movements.

Patient groups for AHC include the Alternating Hemiplegia of Childhood Foundation, AHC Association of Iceland, ENRAH, Cure AHC and AHC International Alliance, among others.

STSL1 is caused by a homozygous or compound heterozygous recessive mutation in the ABCG8 gene. It’s characterised by uncontrolled absorption of cholesterol and cholesterol-like molecules in the gut from food. The abnormally high intake of cholesterol causes the build-up of fatty plaques in arteries, leading to coronary heart disease and heart attacks. Other symptoms include joint pain, arthritis and blood cell abnormalities, like enlarged platelets and too many red blood cells.

Patient groups for STSL1 include the Sitosterolemia Foundation and, Heart UK and other broader heart disease organisations, such as the American Heart Association.

TMAU is caused by a homozygous or compound heterozygous recessive mutation in the FMO3 gene. It’s characterised by large amounts of trimethylamine in the body, which is then excreted in the urine, sweat and breath, causing a fishy odour. Our IMPC late-adult mouse model is the first model to capture spleen phenotypes relevant to TMAU.

OI18 is caused by a homozygous recessive mutation in the TENT5A gene. It’s characterised by bowing of the long bones, wormian bones, multiple fractures and vertebral collapse, all from birth or early life.

PEOA4 is caused by a heterozygous dominant mutation in the POLG2 gene. PEOA4 is a mitochondrial disease, meaning it affects a small part of every cell called the mitochondria. The mitochondria is a vital part of the cell because it’s where energy is produced. This energy is the currency all cells use to perform different tasks and processes. Mitochondria are also a unique part of the cell because they have their own DNA, separate from our double helix DNA. POLG-related disorders like PEOA4 are caused because a protein that helps replicate mitochondrial DNA is disrupted. PEOA4 is characterised by abnormalities in skeletal muscle, the nervous system, the liver and the gastrointestinal tract.

Patient groups for PEOA4 include the United Mitochondrial Disease Foundation, Mitoaction and the Mitochondria Research and Medicine Society.

We’re producing and phenotyping many more genes related to rare diseases. Do you have a gene of interest? Use our search function at the top of this page to see if we have models and data for that gene. Check out Rare Disease Day 2021 on their website and Twitter page!